How We Tracked Cable News Chyrons

Reporting on media bias and the bubbles it creates is nothing new. But last week’s Senate Intelligence Committee hearing provided a rare opportunity to explore a new angle. CNN, MSNBC, and Fox News all aired former FBI director James Comey’s testimony live and uninterrupted. The graphics team at The Washington Post tracked what each network displayed in its lower third caption panel—also called a chyron—and showed it to readers as the hearing unfolded. (You can see the finished piece here.)

I dropped the idea of tracking cable news lower thirds into our #graphics-pitches Slack room, and we all agreed the concept was interesting but it might be difficult to tell a story. But the more my next-desk-neighbor Samuel Granados and I thought about it, the stronger we felt the idea was. If we could juxtapose what different networks were saying about the same event in real time, it would expose—in an immediate and concrete way—what networks felt was the most important news out of the hearing. Even if it just confirmed what we’ve experienced anecdotally when flipping between channels, we would have hard data to back up or challenge our impressions. The concept of comparing three channels at once felt compelling. All we had to do now was make it.

Breaking Down the Technical Problems

Finding a way to “scrape” the text off of cable news was an intimidating task. But by splitting up the problem into smaller, easier steps, I was able to get a basic scraper working. Those steps were:

None of these were too difficult separately, so combining them into a single script was totally doable. (It seems half of my job is finding interesting reasons to combine code others have written—a testament to the strong state of open source software.)

Did you know OS X has a built-in command for capturing screenshots? I didn’t.

The raw results were good but not without error. The OCR often mistook capital Os for zeros, and had trouble with MSNBC’s font. And sometimes the lower-third of the screen contained the name and title of the person on screen, details we felt were irrelevant for our goal. But luckily for us, the goal wasn’t to build a self-sustaining tool to set loose and admire—it just had to work for a few hours.

The final version of the “scraping” script added the raw OCRed text to a new row in a Google Sheet, where colleagues Kim Soffen and Kevin Uhrmacher were waiting to fix any errors. (In addition to being phenomenal graphics reporters, they’re really good at English—far better than my computer is. Let the robots do what they’re good at, and the humans likewise.)

A separate script downloaded this Google Sheet, looped through the results and sent the ones marked “Publish” to our Amazon S3 server.

On the front-end side, Samuel Granados created a design that focused on the live experience but also offered the complete history of lower third text for those interested. We implemented it as a React app that requested the data and updated itself every 30 seconds.

What Worked Well, and What Didn’t

Our project was an experiment, but the positive reaction shows that people are interested in better understanding and comparing the coverage choices news organizations make. Lower-third text data is a small subset of this, but it’s particularly interesting: The text is updated far more often than headlines are online, and so much of the American public gets their news from cable television. I think the open source news community would do well to find ways to make this information more readily available.

Pratheek Rebala’s @CNNChyronBot is a fantastic start. (I really can’t believe I didn’t find out about it until halfway through my piece.) His project tweets each time CNN changes its lower third text. It’s quite accurate and handles cases I didn’t have to (commercial breaks, for example). It’s really impressive work. If you’re interested in this sort of data, I’d follow his example.

Download the data for this piece here (.csv file). 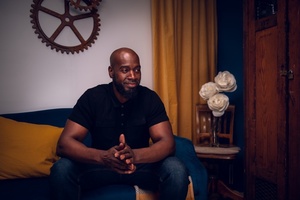 How a Community Engagement Editor Can Transform Your Newsroom’s Work