Jacob Harris on Six Ways to Make Mistakes with Data

With the launching of 538, Vox and the New York Times’ Upshot, it seems like the age of data journalism is finally here, greeted with both acclaim and concern by media critics. But data journalism is not a new thing. These new sites are just the latest iteration of news applications, which were an iteration of computer-assisted reporting, which was an iteration of precision journalism, all of which are just names for specific techniques and approaches used in the service of reporting the truth and finding the story. In other words, it’s journalism that starts from interrogating the data—and applies the same skepticism and rigor that we apply to the testimony of an expert contacted by traditional phone-assisted reporting.

All of which is to say that data journalism inherits a long tradition of journalists working with data, and that comes with the heavy responsibility to get it right. Specifically, to paraphase something I heard at a NICAR conference once: fear and paranoia are the best friends a data journalist can have. I think about this often when I work with data, because I am terrified about making a dumb mistake. The public has only a limited tolerance for fast-and-loose data journalism and we can’t keep fucking it up.

How To Confuse Yourself With Statistics

We’re Not in Kansas Anymore

Pornhub’s writeup omitted any explicit description of their methodology—this is never a good sign—but it seems to have involved mapping the IP addresses from which users visited the site to physical addresses and reverse geocoding those to get states. The statisticians at Pornhub (and the journalists who confidently reported their findings) assumed this was a clean process, but any programmer with experience can tell you the bitter truth: geocoding is often rubbish. What happened here was that a large percentage of IP addresses could not be resolved to an address any more specific than “USA.” When that address was geocoded, it returned a point in the centroid of the continental United States, which placed it in the state of—you guessed it—Kansas! Sadly, IP geocoding is prone to other distortions from networking architecture; for instance, at one time every user of AOL’s nationwide dialup service looked like they were connecting to the Internet from Reston, Virginia. Right now, my corporate VPN makes me look like I’m surfing the web from New Jersey even though I live in Maryland.

Of course, if we shift Kansas’ average downwards, that doesn’t change Pornhub’s hypothesis that blue states consume more porn per capita than red states. I’ve already sufficiently argued my concerns with that, but I bring up this specific error because of the central failure it illuminated. If you want to call yourself a data journalist, there is one shortcut you can never take: you must validate your data. Even the cleanest looking data might contain flaws and omissions stemming from its methodology. It’s not enough to run checks on the data itself. You must also lift your nose out of the database, ask the serious questions about how the data was collected and even use the well-honed tools of a traditional reporter to call experts when—never an if—you find questions about the data.

I know I promised I wouldn’t be a scold. But this is important. You might argue why should I care so much about a bit of viral silliness from Buzzfeed? First, I would argue it’s never just “all in fun” when you’re declaring half of the electorate more perverted than the other half. But more importantly, I don’t think the errors illustrated here are an aberration. Here’s another example of blindly trusting data to reach wrong conclusions. And another. By the hand-waving measures of traditional journalism, that’s three, making this a bonafide trend! I fear it will only get worse as publishing cycles become faster and the data analysis is done by single reporters harried by deadline pressure and nobody to cross-check their work before publication. I don’t think we can slow this trend down, but what can data journalists do to avoid slamming into these sorts of problems at full speed?

First, remember that skepticism is your truest friend if you want to call yourself a journalist. It’s not hard to see the flaws in a flimsy study if you are predisposed to contemplate all the ways in which the data is probably bad rather than tacitly accepting it as good and tested just because someone else reported on it too. If you need further inspiration, I’d suggest looking at two excellent pieces from related fields on the value of skepticism. The first of these—On Being A Data Skeptic—is a free ebook from O’Reilly that describes a similar problem gripping data scientists: the belief that quantifying a model is the same as accurately describing it. It’s where I learned to think critically about proxies. The second of these—A Rough Guide To Spotting Bad Science—is an excellent run-down of all the bad ways statistics are applied in the worst scientific studies.

As journalists it’s also not enough to be skeptical of the data, you need to also be wary of the agenda that provided the data. What angered me the most about this study is that it was clearly framed from the start to go viral. You’d have to be willfully naive about the motivations of Pornhub and Buzzfeed to assume they wanted anything else here. And yet many sites acted as willing accomplices for a porn site that certainly didn’t mind seeing its name printed far and wide on the web. We mock publications that uncritically republish press releases, but how was this any different? Data usually comes with an agenda; few people collect data just for nothing. This doesn’t mean that you must avoid all data completely for fear of contamination. For instance, if you were reporting on water quality, it would make sense to partner with a nonprofit advocating on this issue if their data seems objective enough. Sources also have agendas after all, and they don’t prevent reporters from interviewing them. It would make less sense to uncritically use data freely provided from an industry you were reporting on. Most reporters can decide on how much they want to trust their sources, it seems like similar reasoning might apply to data.

Sniff Out The Problems

There is a concept from programming I’d also like to see applied to data analysis. As programmers add features to a system, this means writing more code and adding complexity to the system. Both of these usually mean that more bugs are added as well. Refactoring is the name for a toolkit of approaches to clean up ugly code and reverse the bloat added to programs over time. Simply put, it’s a listing of bad practices you might observe in code with suggested remedies on how to fix them. These have been called “code smells” because to an experienced coder, recognizing these problems becomes as innate as smelling something that has gone moldy in the fridge. Similarly, everyone who reports on data can name a few of their favorite “data smells”—e.g., Benford’s Law, large standard deviations, double-counted or omitted records, category fields that are manually entered—but there is no central repository for this information.

I know it sounds terrifying, but I’d also recommend learning statistics. I don’t know why I didn’t take that step in college, but I’m glad to have the option of learning with a MOOC now. Both Coursera and EdX seem to have great options. Learn statistics if you can. I don’t mean you need to learn about advanced topics like ANOVA or Monte Carlo simulations, but no journalist should report on data if they don’t understand the difference between a mean and median and what common measures of variance and spread are. If that still is too terrifying to contemplate, at least learn to think like a statistician and see how it changes your attitudes towards data.

Look Back to Go Forward

Ultimately I suspect that many mistake-riddled pieces of data journalism run aground in the same shallow seas—things like shoddy data, misapplied proxies, and botched statistics. But, I actually don’t have any data to answer that question. Greg Linch makes the important point that we should do the unpleasant job of cataloguing where the process went wrong in pieces of bad data journalism. Post-mortems are a common practice in computer programming to identify ways in which the best-laid plans go awry. That approach gives organizations insight into their own particular programming mistakes; maybe it would work for data too? As practitioners, we could start assembling a comprehensive list of data smells—of specific common problems—and gradually create a checklist of high-level classes of errors as a resource for data journalists and their editors. 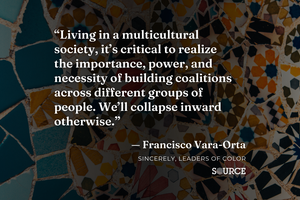