Earlier this year at La Nación, we developed Doc2Media, an app that adds media resources to documents hosted on DocumentCloud. We created it to visualize hearings from a famous trial led by Alberto Nisman, a prosecutor who died in unclear circumstances hours before testifying against the Argentinian president. After we finished the project, we wanted to extend its functionality and abstract it into a tool that can be used in other projects as well as by other newsrooms.

Pablo Loscri and I travelled to the OpenNews code convening in Portland with a plan to redesign Doc2Media to accommodate more use cases, and to make it easier for journalists to populate the Google Spreadsheet that indexes all the media files for a given project.

Until we began the redesign, Doc2Media worked at the page level, but we wanted to allow more granular media associations, so we turned to DocumentCloud annotations. Allowing relationships at the annotation level led, in turn, to a more complicated process of populating the index table in the Google Spreadsheet, which led to additional usability work. More about that below.

After talking with DocumentCloud’s Ted Han, we decided to use the new documentcloud-pages format for its simplicity and responsiveness. This project is still a work in progress, but should be published soon, and when it is, we can build on top of it.

After we increased the granularity of associations, we brainstormed and came up with two mockups (web and mobile) that we think cover most use cases for Doc2Media. 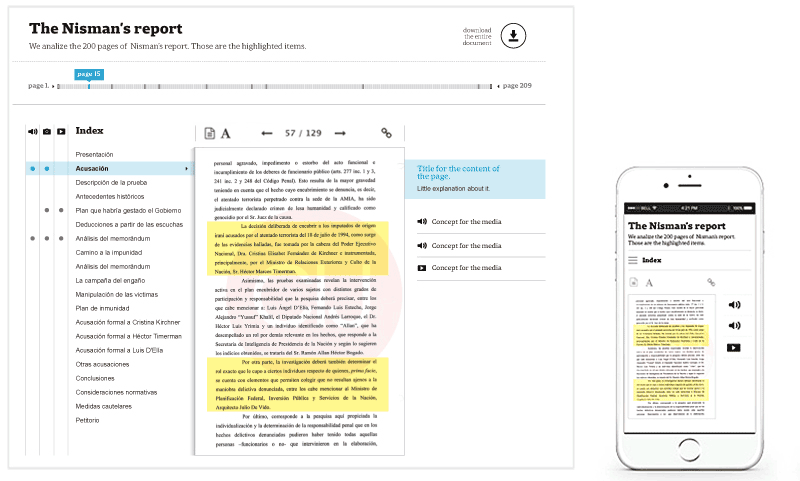 Each Doc2Media project relies on a Google Spreadsheet that associates all the desired media with each page or annotation inside the DocumentCloud document. Populating the spreadsheet isn’t much fun.

To help with this less rewarding task, we developed a small Google script add-on to a template that creates a custom menu in the spreadsheet. Once a user enters the DocumentCloud document URL into a cell in the spreadsheet, they can launch the Get Data script, which connects to the DocumentCloud API and extracts all the annotations of the document, prepopulating the index table with all the places media can go. Then the user just needs to add the media itself, and they are good to go. 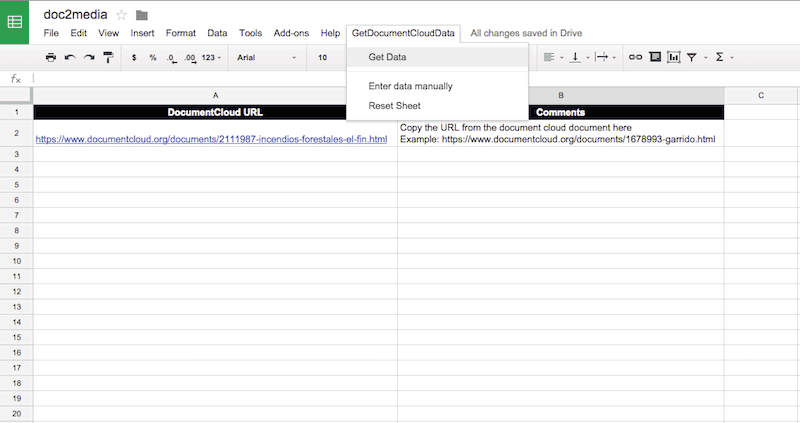 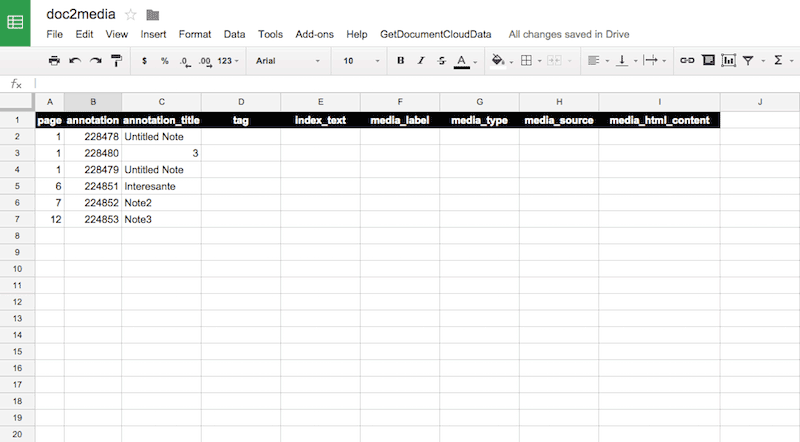 Where We Left Off

This project is still a work in progress, but we want to make sure that it is publicly available by the end of 2015. Thanks to the work done at the code convening, we were able to push the project forward, and we now have a clear roadmap for our public release. 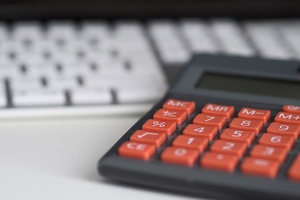