What Do You Do, Again? Part IV

As we approach the fifth anniversary of Source’s existence, we’re taking an anecdotal look at the humans who do the often confusingly described work of journalism technology, technology in journalism, data…stuff…in newsrooms, and so on: What exactly does a producer do? How about an engagement reporter? Is “data editor” the same role across newsrooms? We set out to discover what happens behind the titles, one job at a time. (Read Part One, Part Two, and Part Three.)

In our fourth installment, we spoke with Nicole Zhu, Kavya Sukumar, and Ryan Sholin.

NZ: I’m a full-stack engineer on the publishing team at Vox Media, which means I work on our publishing platform (i.e. our custom content management system and story editor) that supports all nine of our brands/partnerships. Depending on the project or week, my day-to-day typically involves putting together engineering or development plans, writing code, fixing bugs, code reviews, meetings, or writing QA plans to test a feature before it’s released.

NZ: Broadly, I think other “full-stack engineers” roughly do the same kinds of work in that “full-stack” involves both back-end and front-end web development (though I acknowledge that those terms are also somewhat in flux within the web development community). I’m less sure about whether my specific role as an engineer within a media company translates across the industry, as not all media companies build their publishing tools/platforms with a dedicated in-house product or technology team.

NZ: My title generally helps clarify what I do internally, though it’s usually most clear for me to tell people that I work on our story editor/CMS which most people are familiar with. On the product team, we distinguish between “publishing” (internal) and “audience” (user-facing) teams, but I don’t know if that distinction is as clear to people in other parts of the company.

NZ: My first internship (also at Vox Media) was technically on the product team, and involved building authoring tools like an interactive quiz maker. But I was also embedded on the Vox.com team building out interactive/visual features. I didn’t really know how to explain the different types of work I was doing that summer in a more succinct title than “Front End Developer Intern” which I made up myself.

NZ: We still think about what “full-stack” vs. “front-end” means on our team, and how that affects our division of work and collaboration.

NZ: I work as an engineer at a media company on their publishing platform (I usually mention that we build something like a custom, collaborative Google Docs so people have a relatable visual in their head).

Until a few months ago, it was Senior Full-Stack Engineer. My team went through a major re-organization and my title changed in the process even though my job responsibilities did not shift drastically. It goes to show how weird titles are even within the same company.

My day-day work involves a lot of data wrangling, building web apps and graphics, and creating tools and dashboards to help reporters do their job. Often reporters come to us with story ideas, and we collaborate with them. Sometimes I pitch my own stories. It entirely depends on what is happening in the world at any given time.

KS: I don’t know any editorial engineers outside my team. The closest titles I can think of are graphics reporters or news apps developers.

We all do similar work. But there are huge differences in the proportion of reporting to design to development work in different organizations and sometimes even within an organization. My work generally skews development-heavy.

KS: My first newsroom title was Data and Interactives Editor. That title was a mouthful, and it abbreviated to DIE. It felt like a catch-all title for my very wide set of job responsibilities. It was not very easy explaining what I did.

When my title was Senior Full-Stack Engineer, the biggest challenge was explaining that I don’t work on product code, i.e. the CMS, but on the editorial side. This was especially the case when talking to people from the tech industry.

KS: Vox is not very big on titles. I don’t think very many people know or care about my title. But people have a fair idea of what I do based on my team. “I am a developer on Vox Visuals,” I’ve learned, is the easiest and clearest way to convey what I do.

I have been at my current job for about two-and-a-half years now. My team’s name changed four or five times. For a while we were “Storytelling Studio that used to be Editorial Products” and now we are “Vox Visuals with people from what used to be Storytelling Studio.” Names change. But work and the amazing people I work with remain the same

KS: It is a layered response which entirely depends on the context.

When I am traveling and for immigration purposes, I choose to highlight the developer side of my job. I do this when I don’t want to get into lengthy discussions on why I left the tech industry.

But in a casual setting, I usually say that I am a journalist. If people probe, I elaborate. My canned answer is, “There is a lot of data that newsrooms work with. People like me find stories in that data and then make it work well on the internet with graphics and data visualization.”

Ryan Sholin, most recently Director, Product and Growth at Chalkbeat

RS: For the last couple years, I’ve been the “Director, Product and Growth” at Chalkbeat. I manage the “Product and Growth” team here, which includes a “Full-Stack Engineer,” a “Growth Editor,” and a “Manager, Product and Growth.” Those are three people in three different roles, but everyone has a little bit of overlap. I have more overlap than most, in that I help make sure everything we’re doing is aligned with our organizational and team goals. As a manager, I’m always helping my team prioritize, over-communicate (we’re all remote to each other and our organization is distributed across 5+ locations), and generally do all we can to support the editorial and business teams.

RS: Hmm. I suppose people in a “Director, Product Management” or “Director, Product Development” are in similar positions, but mixing in the social media, community management, and even event production aspects of “Growth” add a little twist. Also, we work on editorial projects the way a “News Apps” or “Data” or “Visuals” team might in other organizations, but I would never call myself an “Editor.”

RS: We try! I think the title has been less important internally than knowing who I manage and what we work on. The answer to “who do I go to for help with this particular problem I need to solve” is hard to answer with a title if you’re a generalist. I’m definitely a generalist.

“Director, UGC and Site Solutions” was a remarkably internally focused title I wore at Gannett for a year or two. “Director” indicated that I managed a couple people. I often found myself spelling out User Generated Content. And, well, “Site Solutions” had been passed down to me by the previous team’s manager, when the “Site Solutions” team included a wider variety of product managers. Looking back at it now, if we had explained it as a team to solve problems for our local news sites, that would have been well received!

Some of my other past titles have included “Director, News Innovation” at Publish2 (shoutout to Jack Lail), which was completely meaningless, and “Director, Community Site Publishing” at GateHouse Media, which was a moderately unused internal indicator of which sites I supported.

RS: The word “engagement” has meant at least seven or eight different things in the past ten years of journalism, by my rough count. If you’re going to use that word, make sure you’re all in agreement about how it’s defined.

RS: “I work in online news.” And then I back away slowly. 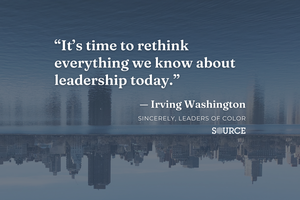