A Blind Application Process Might Be Easier Than You Think

By Lindsay Muscato and Sisi Wei

SRCCON:WORK is coming up fast. In the run-up to the event, we’re publishing short interviews with the nine people selected to give talks to frame the participatory sections at the heart of the conference.

First up is ProPublica’s Deputy Editor for News Apps, Sisi Wei, who will speak about “how experimenting with a blind application process gave us the most diverse applicants we could have imagined, and how we need to completely scrap our existing habits of networking and recommending candidates through sideways channels if our goal is to create more diverse teams and newsrooms.”

Sisi Wei on Blind Applications in a Nutshell

Source: Hi Sisi! Would you introduce yourself to our readers, please?

I recently became an editor this year, but before that I worked on projects like the Data Institute or helping hire fellows in our department. Now that I’ve become an editor, I’ve been thinking more and more about hiring overall, especially since ProPublica’s recently gone on a very intense growth spurt.

Thinking about hiring in so many different ways and so many different levels has really given me a close and concentrated perspective of what’s different in all of those processes—and what was striking to me about changes we were able to make in the Data Institute specifically, and the very interesting results we’ve gotten from that.

A lot of stuff is hard to just “try out” when you’re hiring full-time permanent staff. It’s very risky because you’re presumably hiring people for a very long time. But because the Data Institute was sort of a yearly program, we were able to try a bunch of stuff at once. And it was fairly low-risk, because we knew we would get talented students either way. When hundreds or thousands of people apply each year, you can be sure there are hundreds who would do great. This gave us room to experiment and try all of these hiring practices that we had read about that were supposed to eliminate bias and help make that entire process better. It gave us basically two years to iterate on how we want to do things like blind applications. Which is what I’ll be talking about at SRCCON:WORK.

Source: What surprised you most about the process and/or results of implementing a blind application process?

In journalism more than in any other industry, it’s hard to be completely blind because we are looking at your clips. Therefore when looking at your work, when reading recommendations or anything like that, your name will naturally show up.

What surprised me the most is that in the blind process that we had set up for the Data Institute, we didn’t have access to your name permanently attached to your application, and somehow it didn’t matter how many times I ended up seeing your name because of other reasons—whether it was on your resume, or in your portfolio, or on your clips. I still could not remember which applicant was you, outside of the direct context of the hour that I’m spending on your particular application. And that was the case for everybody. None of us who were reviewing applications could remember the names of the people who applied and which ones they were. Even though we were actually exposed to their names at certain points in the process.

For example, I would open up the application and there would be no name. It would just be the answers to the first couple of questions. And then there was a place for applicants to upload a resume and work done previously. So when I click on those, obviously names are on them. But it doesn’t stick with you, for some reason. You just don’t remember. When you look at the resume and the portfolio last, you don’t associate everything immediately. You don’t think, “All the information that I’m about to consume is attached to this particular name.” Lena Groeger and I had to essentially memorize people’s names before they showed up, so that we would remember what to call people. And we had to memorize people’s names even after we did interviews with them, because we couldn’t remember them. So it’s not even like you have to be 100 percent blackout on the names. As long as you don’t structure your information such that all of that is attributed to a name, it gets rid of a lot of stuff.

Source: What do you wish you could dig into in your talk, but won’t have the time to discuss?

Because I only have ten minutes, I’m just going through our experience at ProPublica (and certain other things that I don’t want to give away). I do think that there’s a lot of literature that went into our decision-making. I would love for people to read that, but I don’t have time to give people a primer on it. Maybe I’d be able to give a very basic primer, but I won’t get into it very much. To have people go through their own types of unconscious bias research and training would be cool. 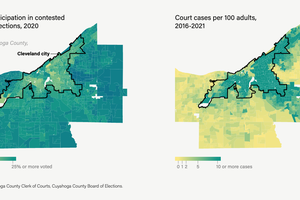