Seven new projects out of our July code convening

Our fifth OpenNews code convening wrapped up last Friday. Uniquely for our convenings, this one included all seven of our current Knight-Mozilla Fellows, each working with a colleague from their news organization or another organization with shared challenges and complimentary skills. Over the next week, we’ll be posting project introductions from each of the seven project teams that joined us in Portland for the event. In the interim, a quick intro to the teams, the projects they brought to the convening, and what they got done.

A Battery of Natural-Language Processing Methods

A pipeline system to pull out components in what you’re doing, for example htmlcleaner. You can also “Freeze pipes,” and freeze-to-disk the output, so you can help identify problems and save time. (Named for the part of brain that processes speech. )

The Doc2Media app (originally developed by Cristian Bertelegni) is designed to “storify” a document, and let a reporter annotate the document with audio clips and other explanatory content. It uses Google Docs as the back end, to store metadata about each of the annotations, and comes with helper script that prepopulates a Google Spreadsheet with annotations out of DocumentCloud; reporters can then edit and add clips to that sheet.

Building Out the Autotune Framework

Since the release of the Autotune framework, we have been approached by people interested in adopting it for their own newsrooms. While a lot of people didn’t mind diving right into the set up on, a few people asked us “Is there anywhere I can try this out?”. So we decided to build a demo site that allows users to try building projects and get a feel for the framework.

Worked on developing templates for Crowdata that extract data from other sources in addition to PDFs, with an eye to creating a crowdsourcing platform for news organizations.

Code review, commenting and augmentation for a current prototype that helps journalists view a page’s performance across metrics of specific interest to the newsroom, without having to wade through the Google Analytics interface. Worked on customizing the Google Analytics dashboard, improving front-end performance, and steps toward making the visualization-friendly API wrapper open source.

Project: Data Viz for All (repo)
From: Julia Smith and Eric Sagara

Added examples and best practices for new mobile design patterns in the repo, worked on tooltip alternatives, and added screen-reader info and support.

A desktop tool to create images for social media sharing. Includes watermarking and attribution for photos, and conversion of quotes and bullet lists for breaking news into Twitter-ready format.

The team worked on unifying three existing tools for cross-platform desktop deployment as well as full documentation on how to customize the app to match newsroom branding, as well as step-by-step usage instructions and guidelines.

We’ll be publishing much more about the new tools and projects coming out of the convening over the next week, so keep an eye on @source or our feeds to be notified. 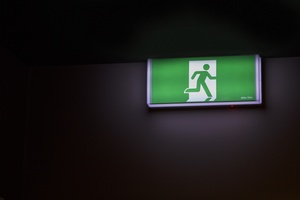 News organizations: Here’s what your teams are trying to tell you about burnout